As of 2021, Metacon-Next is the result of a merger between Metacon and Next Door Systems. Read more about the history of both companies below.

Metacon
Metacon was founded in 1927. The company started as a tinsmith and after several years transitioned to manufacturing bicycles, sleighs, three-wheelers and children’s bike seats. During the 1950s, Metacon faced stiff competition from the Italian market. The company was unable to compete and decided to focus on construction. In 1980, Metacon became a supplier of steel awnings, industrial strength roller shutters and structural products. With the third generation at the helm, Metacon has now become a key market player in manufacturing fire doors, anti-burglary roller shutters, awning systems and structural products. Metacon produces anti-burglary roller shutters with solid or perforated slats, transparent roller shutters, roller grilles and scissor gates. In addition, Metacon supplies a wide range of fire-resistant roller doors, vertical and horizontal lift doors, sliding doors, overhead doors and flame-resistant curtains. Metacon has established a presence in several markets with awnings and scissor-arm awnings. Metacon supplies its products through an extensive national and international dealer network.

Metacon has big ambitions. Increasing its European presence, focusing more on exporting the products that mostly comply with international standards and certifications. Metacon products are also sold outside Europe. The majority of Metacon’s growth comes from international markets and the number of completed projects outside the Netherlands is increasing year on year.

Furthermore, the company is developing rapidly and the Research & Development department is fulfilling a major role in this. New products are constantly being developed and work is under way to create more options and expansions for existing products. This enables Metacon to deliver and develop solutions for the most diverse situations. That is what makes Metacon the Netherlands’ leading door specialist.

As of 2017, Metacon has a 13,000 m2 manufacturing facility, including office space, spread across eight locations in Gouda and Waddinxveen. The company has its own production halls and a modern fleet of high-tech machinery, from which diverse products are manufactured in steel, aluminium and stainless steel. The production process includes both complex customised solutions and simple batch production.

With over 90 employees, Metacon continues to expand its specialist knowledge within the organisation and adopts a professional approach to satisfying the needs of its customers. 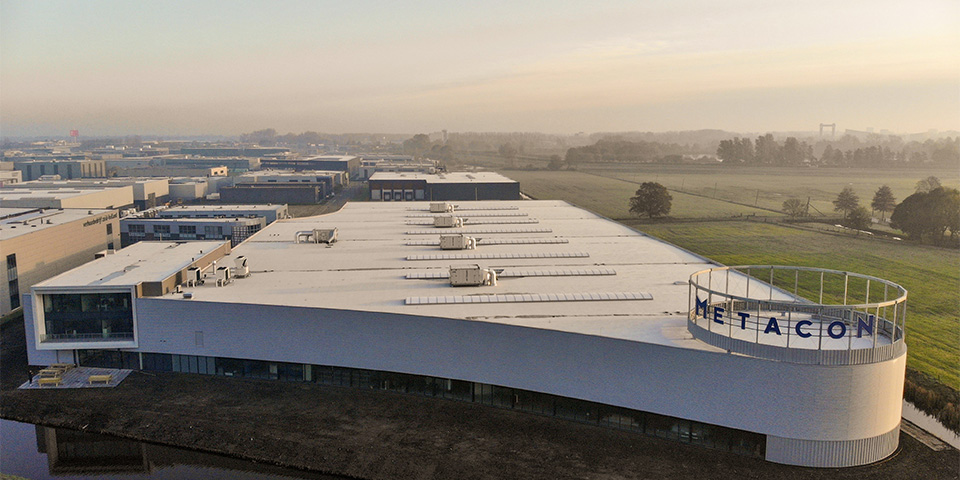